Now it’s off to the Central Kalahari Game Reserve (CKGR). This is a massive reserve right in the center of Botswana. If you look at a map of the country you can’t miss it. It’s about the same size as Portugal in total. Yet, in that whole area there are only around 50 campsites and they are all tucked away on their own away from other people. There is no running water or electricity at any of the campsites but they do set up a long-drop toilet (read: hole in the ground with a toilet over it, kind of gross) and a place to hook up a bucket for a shower if you bring enough water. It forms a major part of the larger Kalahari region and is mostly sandy ground. It is an arid landscape but is covered with grasses, bushes and small trees so the bush itself is quite thick. The antelope in this park are all varieties that don’t need much water and we’ve seen thousands of oryx and springbok. But those aren’t why we came. We came because of its reputation for big cats. Lots of big cats.

We set off for the CKGR nice and early after filling up our drinking water and lashing some wood to the top of the Hilux for our braais and fires while we are in the reserve. With 5 days of remote camping we need ~8-10 liters of water per day for Cheryl and I but that’s if we don’t want to shower. We brought 100 liters. Way more then enough. We plan to take a showers or two.

We were less then 20 kms off the tar road when we stopped for the first time. Morris and Gill’s trailer lost a diesel jerry can. Got it back on and tied it down and we were off again. 10 kms later and we stop to check to make sure it’s all good. Now the spare tire is missing. After a scouting mission we got the spare back and we were on our way again. Luckily the trailer had all of its dirt road wobbles in the first 30 kms. It’s been working great since.

Once in the park the first night’s game drive was already spectacular. 2 cheetah and a male/female lion pair. It was quite dark at this point already so the photos didn’t turn out very well but not to worry. The next morning Cheryl and I got out early as the sun rose and found the cheetahs again. It turns out there were three. This time they hung out right in the road with us and we had them all to ourselves for over 45 minutes. Phenomenal. We even came across another pair of cheetahs later that morning. The CKGR is living up to its reputation for big cats already and we’re only 24 hours in.

A bit dark but a great time with this lion 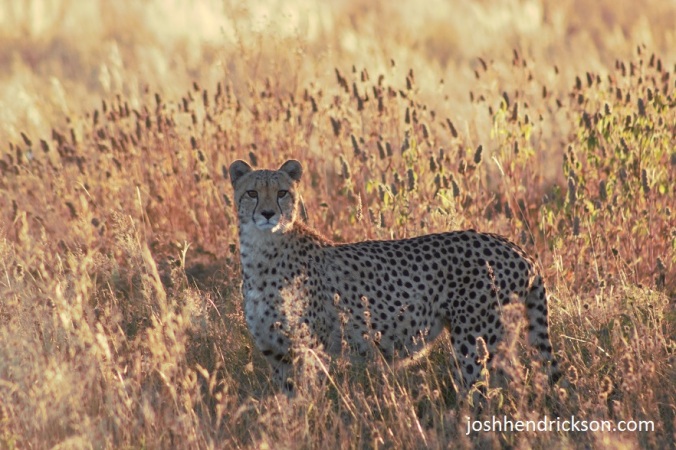 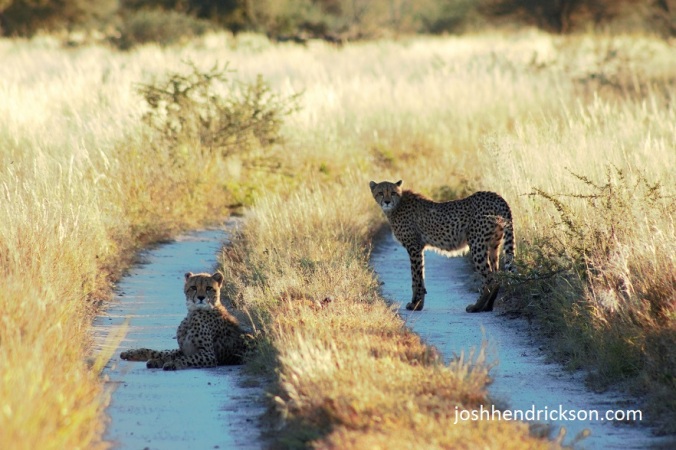 The next day the four of us (Cheryl, Me, Morris and Gill) piled into Fiona (our Hilux is named Fiona) and decided to take a longer drive down to some further away water holes because there are only a few in the entire park. The water holes themselves are a bit pathetic but that was all right with us given what we saw on the way there. Two more cheetah. A lioness literally lying on top of her kill. Two leopards crossing the road right in front of us. And many other interesting things. For all of the big cats we were the only people there to see them. We stopped back at the lioness later in the day on our way back from the waterhole and she was still just laying there, obviously very full. What a day.

Cheryl’s eagle eyes spotted these leopards. They got up and decided to cross the road right in front of us.

She literally fell asleep on her kill. Not interested in us in the slightest.

With that great of a morning we decided to relax in the afternoon and make another poitjie stew. We toasted in celebration over a nice fire and went to bed early because we had a long drive the next day.

Cheryl and I scooted out early because we decided to take the 145km route to our next campsite, Motopi 2, in the Northwest corner of the park. The mantra for our trip has quickly developed into: if there is an option with something interesting that is a bit longer, we’ll probably take it. (More on deciding if a detour is worth it in another post.) Morris and Gill were going a bit straighter of a route that would only take ~100kms. We came across another set of Cheetah (I have hundreds of cheetah photos at this point) but didn’t see much else the rest of the day.

I write this post our last night in the park. We get up before the crack of dawn tomorrow for a long drive out of the park and back to the Makgadikgadi pans. Right now Cheryl and her mom are locked in an epic battle of the wits where they make up funny words and put them on a board with wooden letters all while huffing and puffing and cursing the gods for giving them such bad letters. I think they call it scrabble. Morris is packing.

Girls playing scrabble. Morris was packing in the background.

Overall we’ve stayed at 3 different campsites in CKGR. For those interested they were Sunday 2, Kori 4 and Motopi 2. The set-ups are all the same. Braai pit, bucket shower, long-drop toilet. Not much to speak in terms of amenities but we didn’t come here to collect little bars of soap and tiny bottles of shampoo. We came for the isolation. And it is glorious. 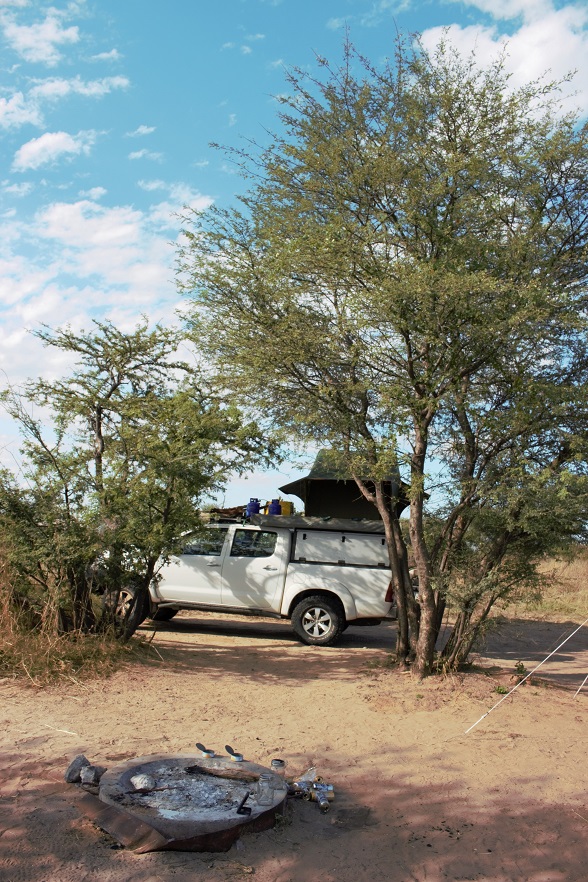 Quiet campsite in the CKGR

One thought on “Epic sightings in the CKGR!”